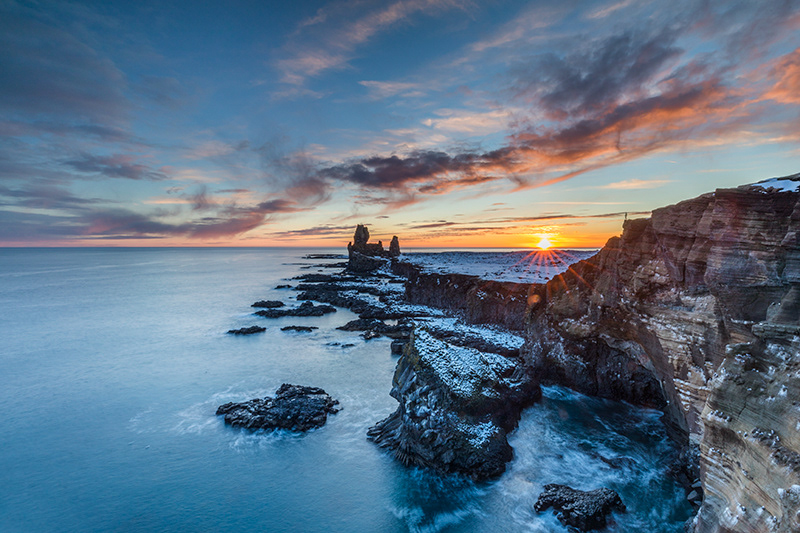 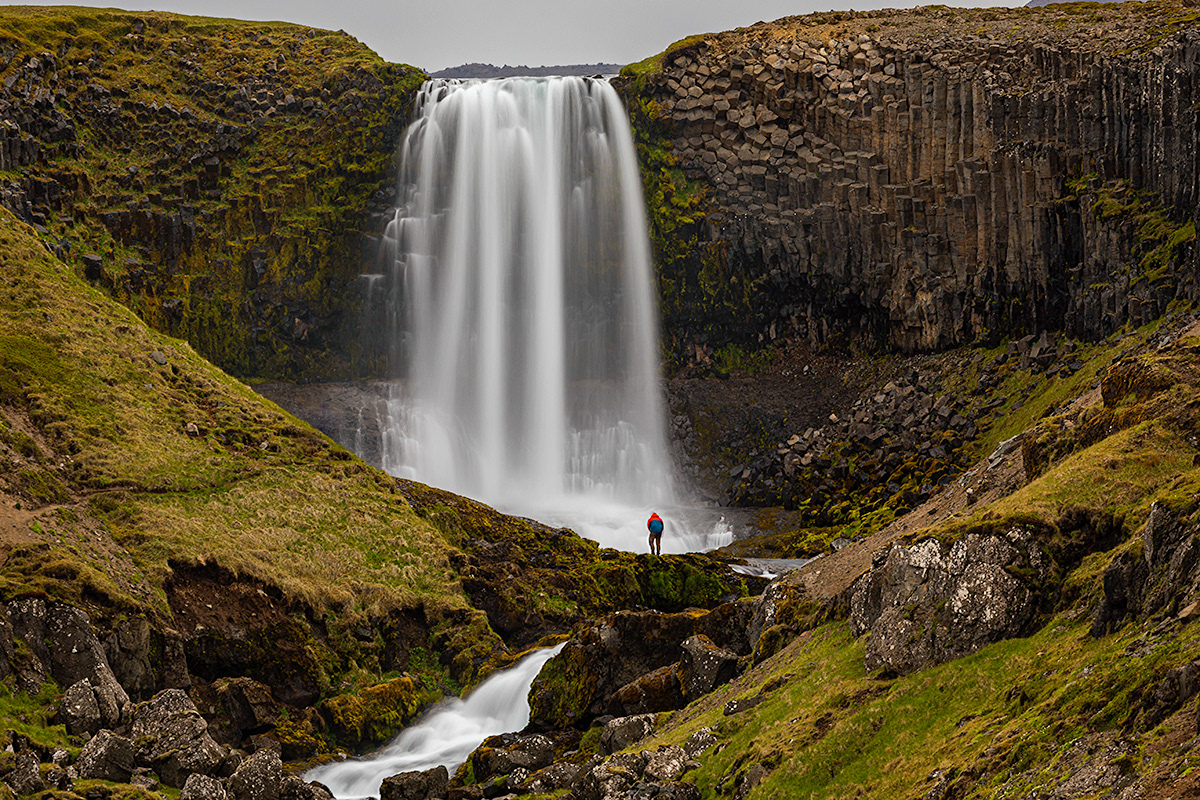 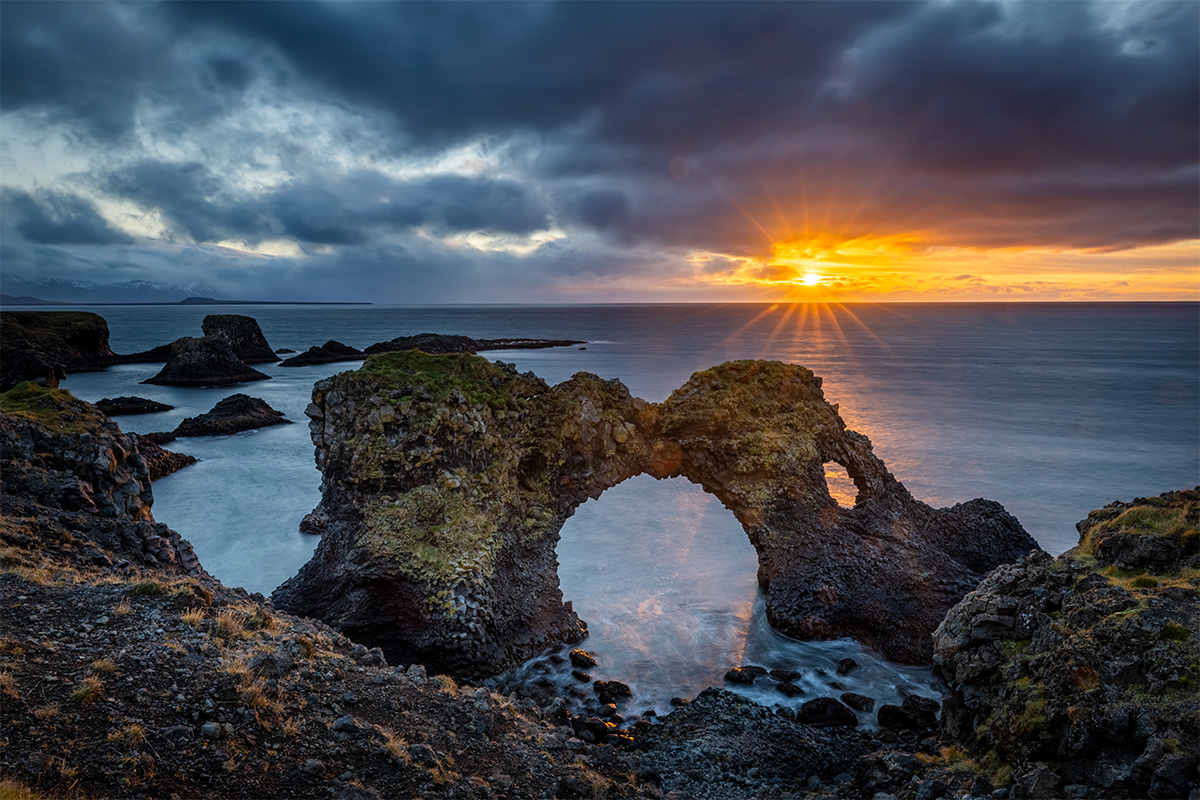 The Snæfellsnes is a peninsula situated to the west of Borgarfjörður, in west part of Iceland. The Peninsula is a photographer’s paradise, has been named Iceland in minature, because many national sights can be found in the area. The peninsula is surrounded by sea with beautiful cliff formations, small picturesque fishing villages, waterfalls and endless lava fields. The Snæfellsnes peninsula is built from eruptions for thousands of years, leaving behind craters and volcanoes all the way to the big one, the Snæfellsjökull it self. The Snæfellsjökull volcano, regarded as one of the symbols of Iceland. With its height of 1446 m, it is the highest mountain on the peninsula and has a glacier at its peak. The mountain is also known as the setting of the novel Journey to the Center of the Earth by the French author Jules Verne. We will tour around the peninsula and visit great photo locations for Photo tour Snaefellsnes. The weather and the length of daylight can affect how long we stop at each location and also how many places we stop at. 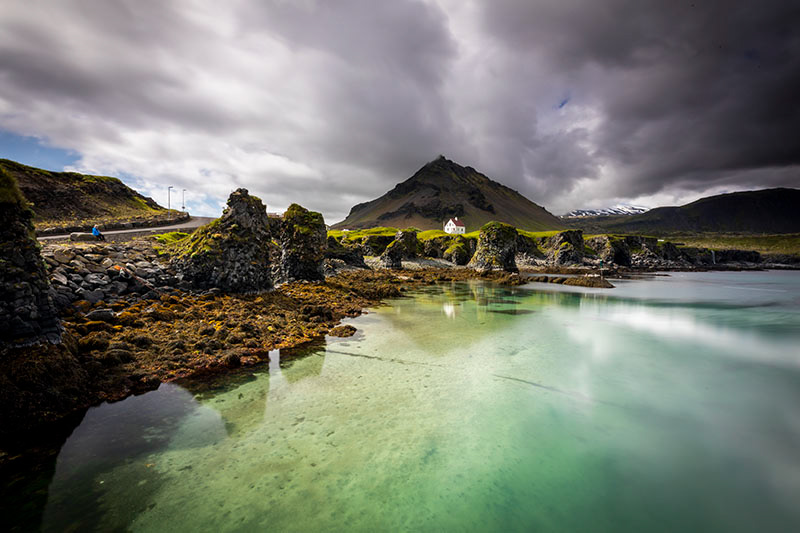 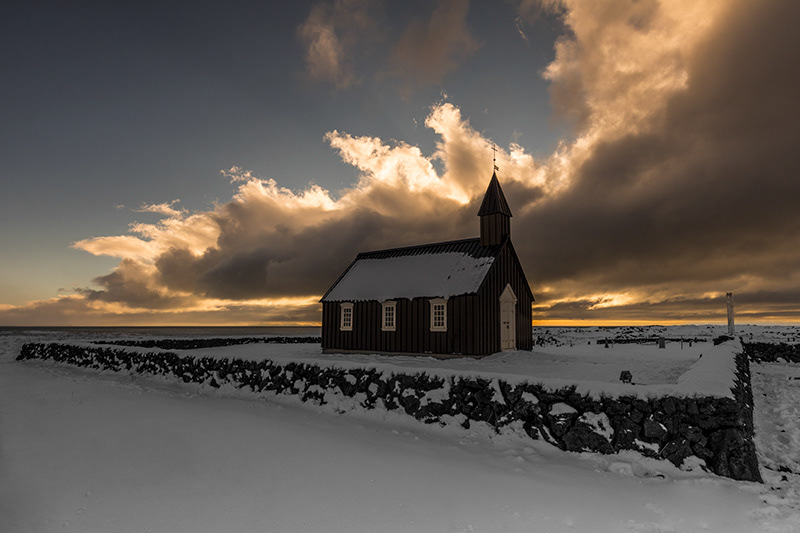 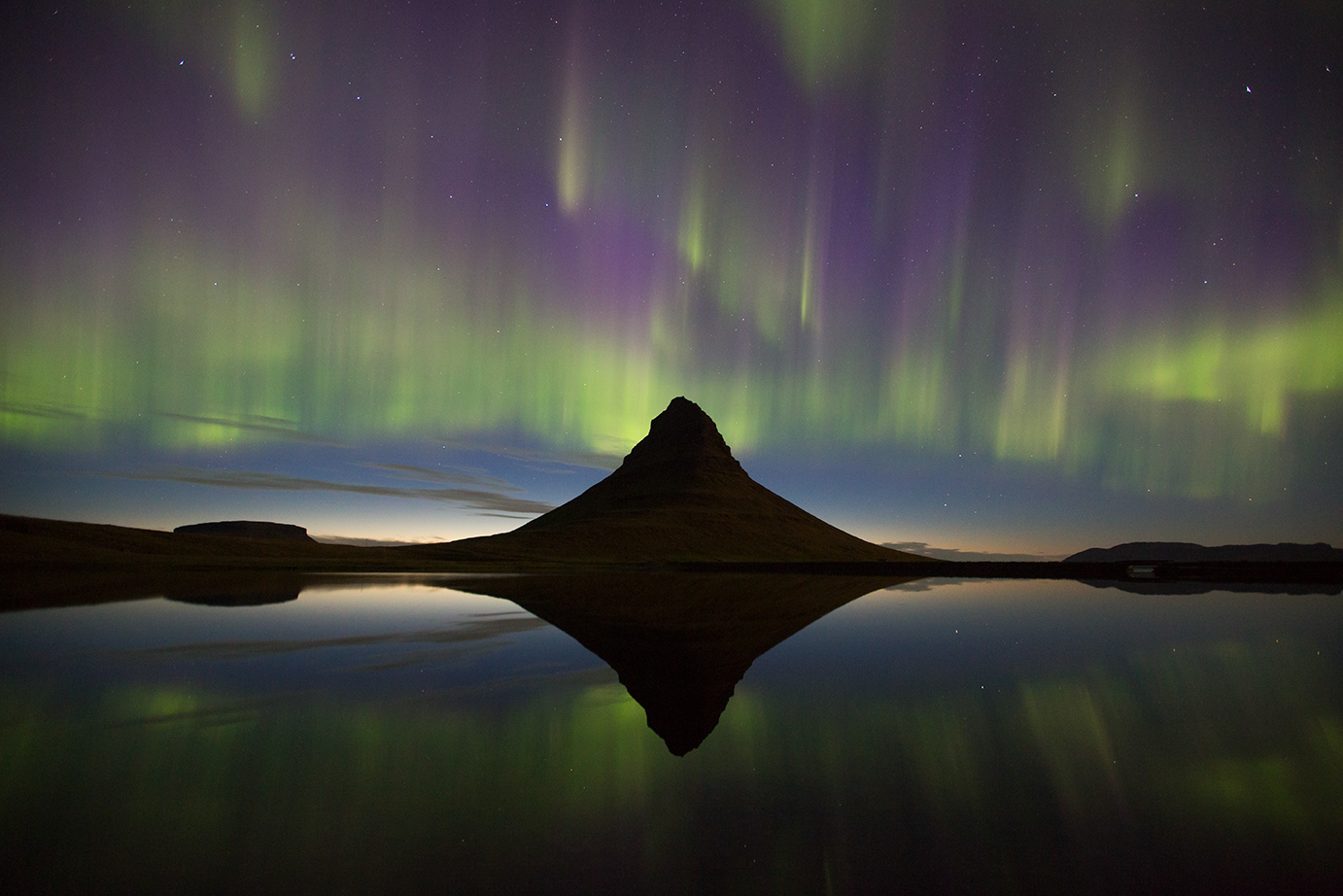 Terms and what is included and not:
• Availability: All year
• Duration: April through October, 10-12 hours. November through March, 8-10 hours.
• Departure: 8.00 am.
• Price: $990 per car (4×4 with seats for 4 max pax). Prices are fixed for the day-tours, with max 4 participants to share the cost. Tours include transportation by a 4×4 car/fuel, guiding and landscape photography assistants. As this is a private tour we can flex and change the schedule if you have special wishes as to locations etc.
• Crampons and rubber boots are provided
• Pickup and dropoff in the Reykjavik area
• Feel free to send your request about availability and questions to: jonhilmarsson.photography@gmail.com or call: +354 895-6364
Not included:
• Food and beverages. We will stop on the way for lunch and snacks.
Bring with you:
• Your photo gear, sturdy tripod and filters
• Warm clothes, cloves and hats and hiking shoes 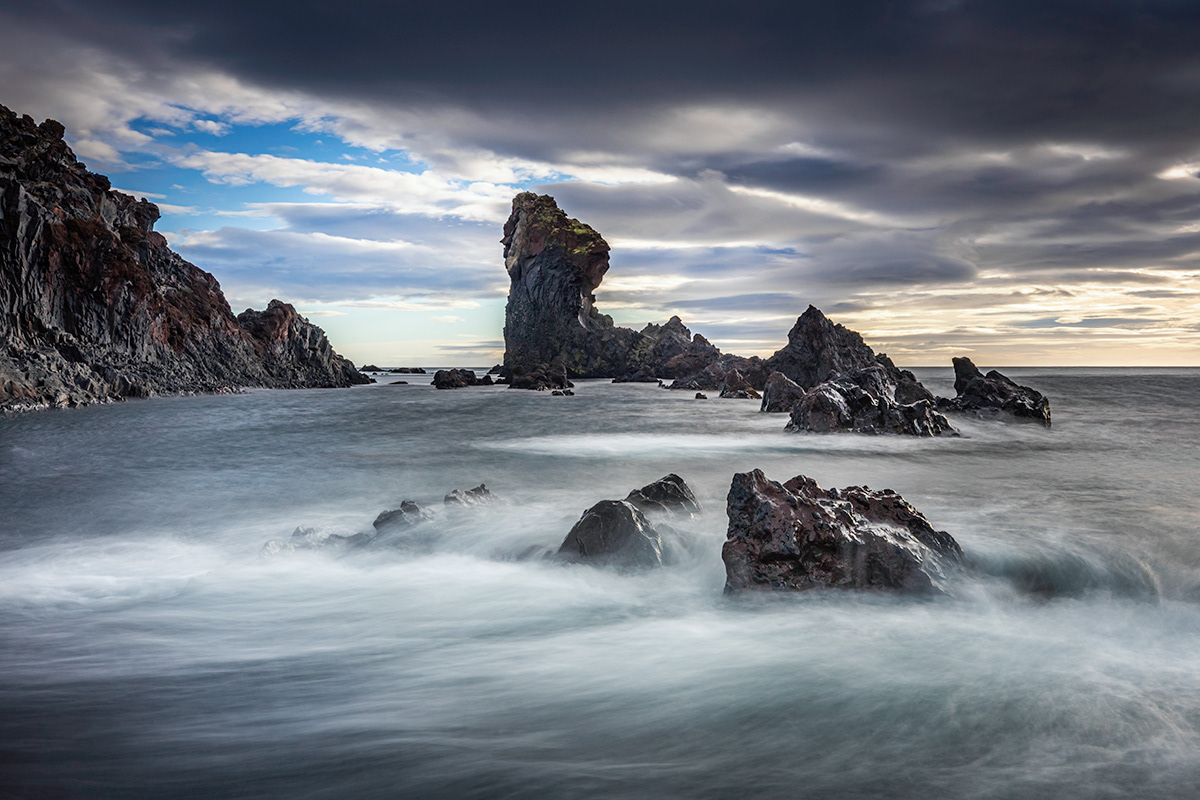 West fjords
↑Back to Top